Event:
Climbed the O2 with work colleagues as part of Twelve Architect's team-building exercises and Christmas day out.
After the safety briefing, we wore weatherproof jumpsuits and shoes before making our way up to some stairs to the start of the climb. We were then shown by our guide for the climb, how to pass our safety harness's through the checkpoints which occurred every 5 or so meters. We had to hold onto the safety lines with one hand and the handrails with the other whilst climbing.
The surface we were climbing on was quite bouncy.

The dome is one of the largest of its type in the world. Externally, it appears as a large white marquee with twelve 100 m-high yellow support towers, one for each month of the year, or each hour of the clock face, representing the role played by Greenwich Mean Time. The entire exterior structure is tensile and made of a PTFE fabric (just one millimetre thin).  The shape of this dome building is steep at the two ends and is relatively flatter the top. 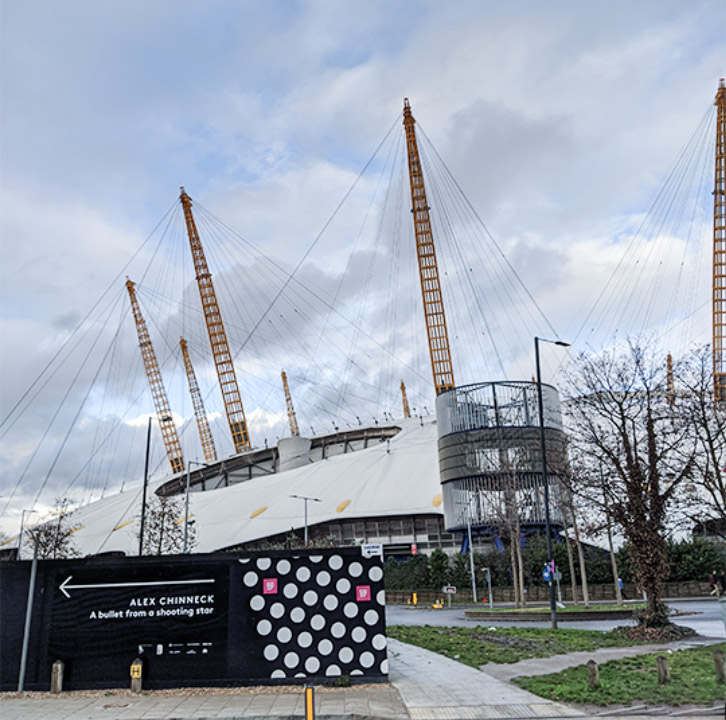 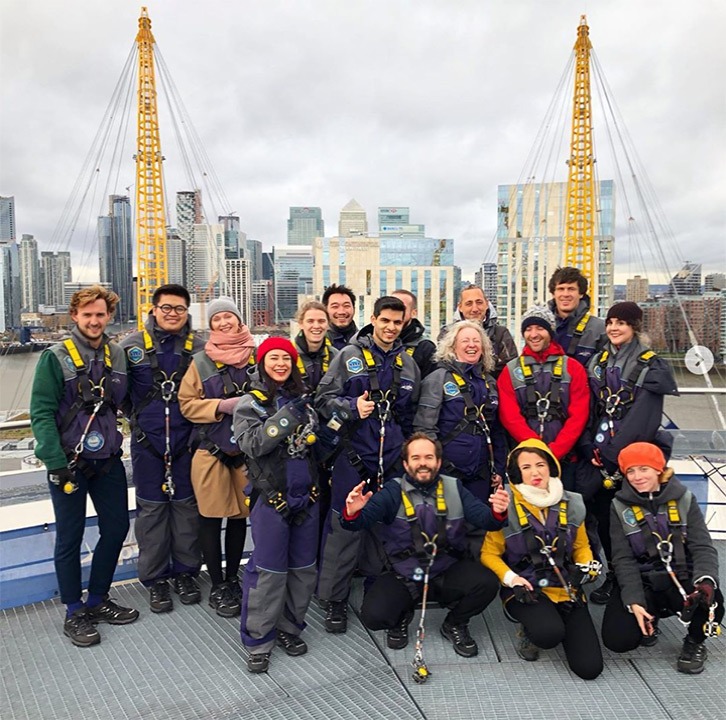 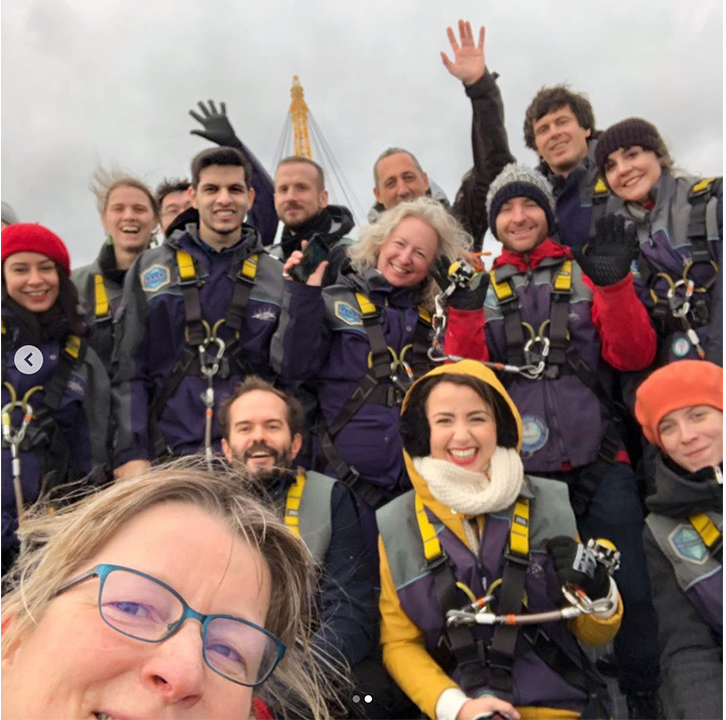 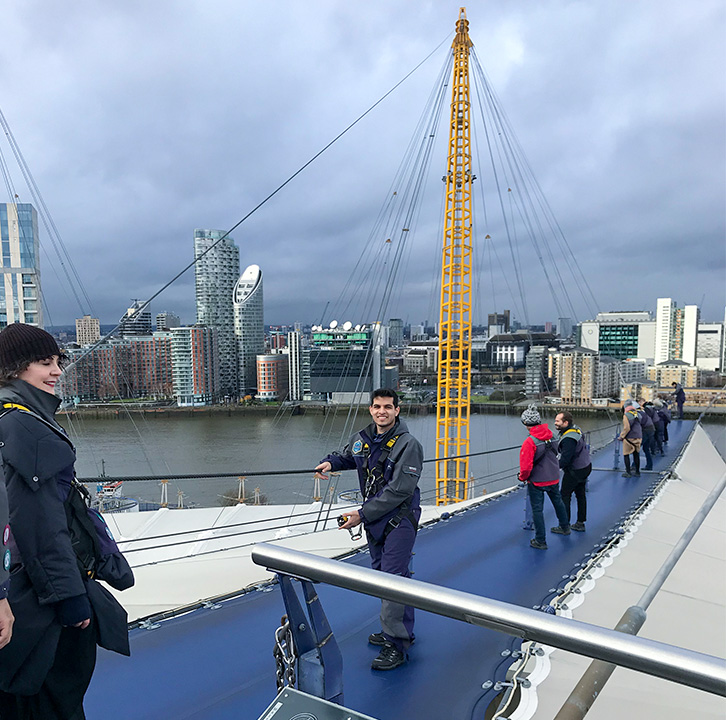 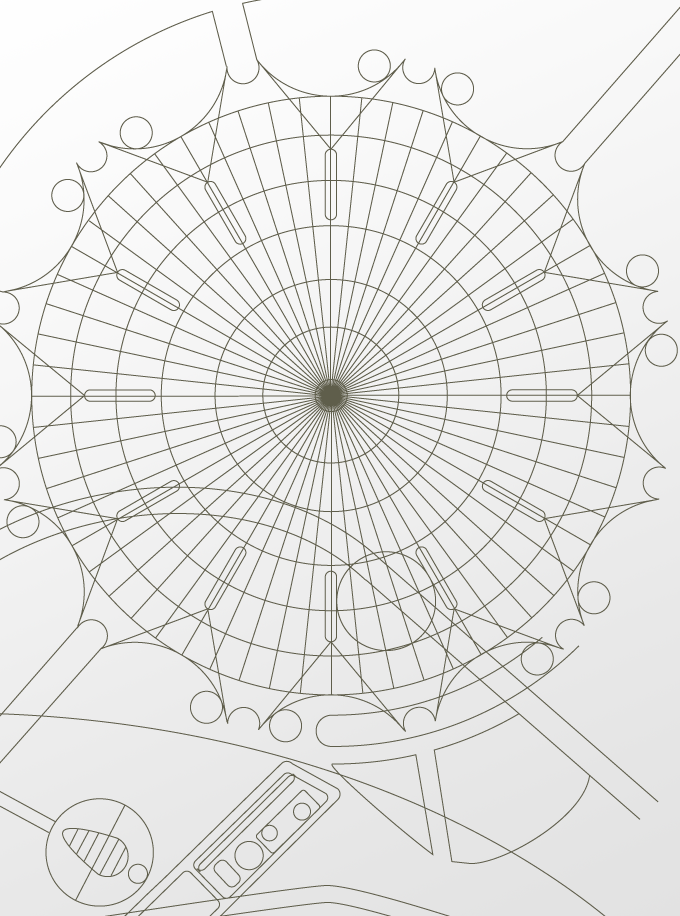